Photographer, hiker, Viatly Zukov from Daugaupils in Lativa will show  slides of his fantastic photographic work from his budget  adventures around the world. Vitaly has been living in Ireland now for 16 years and his  travels have taken him  to near and  far off lands. His camera is always at the ready and being also a very fit  hiker and  he has managed to capture  some extraordinary images in extraordinary places . His photographs which  interpret the landscapes  in a very diverse way and they  response to the great outdoors be it  urban or rural and  his style is often  unconventional .

His work is both  inspirational and motivating  and he  will inspire  ‘ the wander lust’ in people  to travel and  seek out amazing places.

The Seanchai Irish Story Teller were the definition of entertainment in the old days in  Ireland. Lorraine O’ Brien plays the part of ‘Peg Meg’ a female Seanchai who with wit and wisdom will tell you about her life and make you laugh with her stories.

In the great folk tradition of telling stories through song, Evelyn Campbell is the Irish folk songwriter of our times. Her work catalogues the move towards social justice and equality and peace on Earth that is arising globally and being shaped in the hearts and minds of ordinary people. Her songs are of them and for them.

Throughout the Right2Water campaigns tens of thousands of Irish people heard ‘ROBBING PETER’, ‘COLD WIND BLOWING’ and ‘2014 RISING’ during the rallies that challenged injustice and austerity.

During our commemorative year, 2016, Evelyn raised issues such as
* the absence of women from the narrative in ‘FENIAN WOMENS BLUES” which boasts (70,000 +

While continuing to add to the ‘Old Stories, New Songs’ Collection, Evelyn has also written on contemporary issues such as
* the current homelessness crisis with ‘ I CANT FEEL MY HEART BEAT’
* the campaign for Medicinal Cannabis with ‘LEGALISE FOR AVA’

Her back catalogue also contains songs of deep personal and universal emotional experience and occasional dark humour from the album Overdue Review.

In the intimate setting of Bray Arts Club Evelyn will invite the audience to suggest themes of interest to them and then offer songs from her repertoire that match those themes. 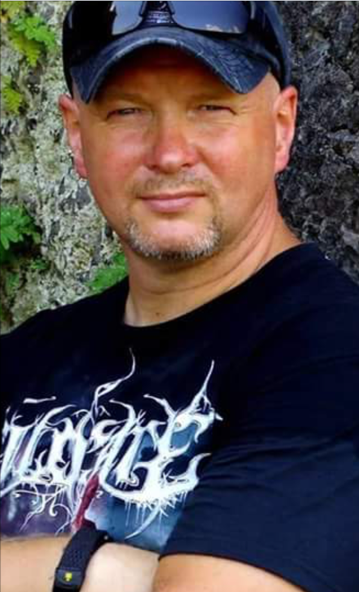 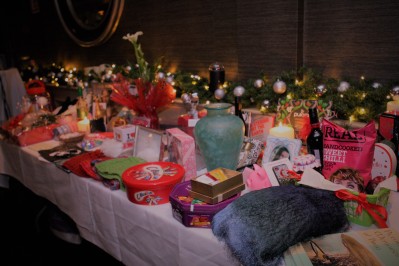 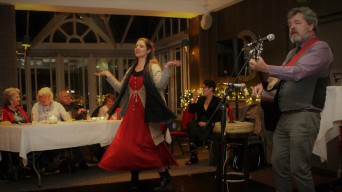 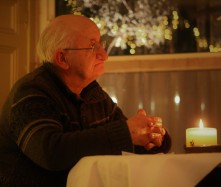 Mariana Saad on the life of Artist Leonora Carrington
I studied French Literature and philosophy of Art in the French saint-Joseph University in Beirut. In Ucd, I did a Master in French film: the films of Jean-Luc Godard back in 2008. Started a PhD on the French works of Samuel Beckett.
I teach Arabic and French in Ucd, I do translations for Dcu. I have an interest in Surrealism (film, art and poetry) and ancient Eastern philosophies such as Tao practices .
The focus of the talk:
The surrealist paintings of Leonora Carrington influenced by her French surrealist period.
The influence of her Irish Heritage on the Occult themes in her work. 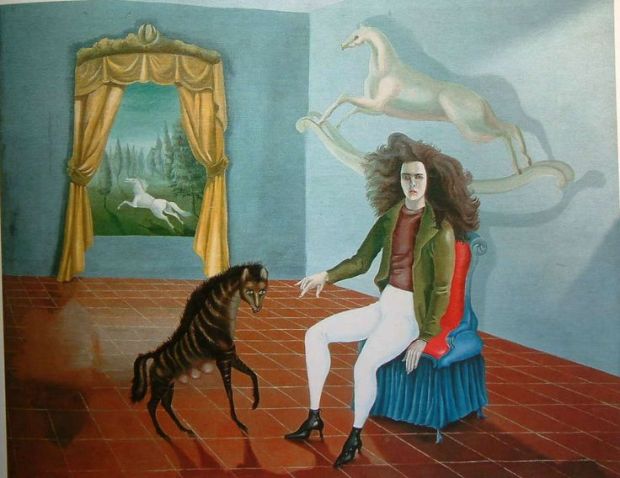 Jack and Angela Plunkett are both originally from Glasgow, but have lived in Dublin for more than twenty years. They describe their music as having three strands: traditional Scottish songs, American folk-blues and, increasingly, Jack’s own compositions. Their songs are delivered with close harmonies, deft finger style guitar and a warm genuine feeling for the music.

Jack and Angela perform regularly at singing sessions in the Dublin area and elsewhere. Their ‘home’ session is the Bray Singers’ Circle of which they are two of the organizer’s.

Jack and Angela are recording a CD (slowly). In the meantime, you can hear them on SoundCloud: simply visit soundcloud.com and search for Jack and Angela Plunkett. 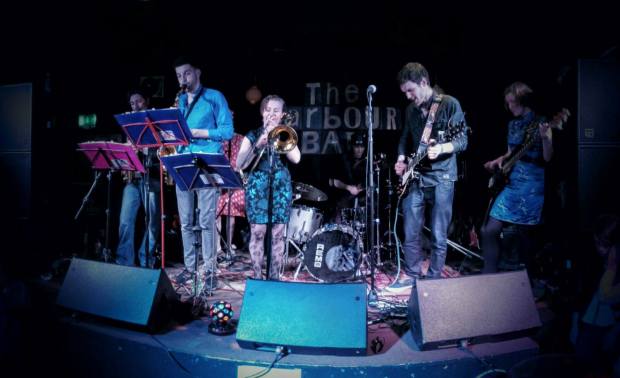